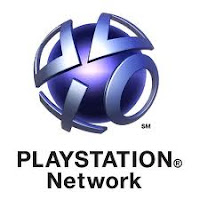 When Sony’s PlayStation Network was taken offline three days ago, all eyes fell on the Anonymous group, who’ve taken a dislike to Sony over its treatment of hardware hacker George Hotz.

The network allows online play between PlayStation 3 consoles and boasts 70 million users, so this is no small inconvenience.

Last night Sony confessed that an “external intrusion” caused the company to take-down the PlayStation Network and also Sony’s Qriocity service in order “to verify the smooth and secure operation of our network services going forward”. However, they’re not saying anything more, or giving a time scale as to when gamers will be able to resume playing online.

What makes it strange is that Anonymous has denied being involved, claiming “for once we didn’t do it” and suggesting Sony was using rumours of an Anonymous attack as cover for an internal problem with their servers. As yet Anonymous hasn’t responded to the latest update from Sony.

However, the decentralized nature of Anonymous means that individuals act alone with no governance, and Anonymous admitted that “it could be the case that other Anons have acted by themselves.”

The phrasing Sony used–talking of an “external intrusion”–indicates that this wasn’t a Distributed Denial of Service (DDoS) attack, which is one of Anonymous’ most popular modus operandi. Instead, this seems to be an individual breaking into the network and this is probably why it’s taking so long to clean-up–Sony has to trace every corner of their systems affected by the hacker and repair it or restore files. It’s like removing a rodent infestation from a house–there’s no quick and easy fix.

The break-in might even be coincidental to the recent Anonymous actions, or could be a hack attack from some time ago that has until now remained undiscovered. However, the timing is certainly suspicious, with several of 2011’s most anticipated game titles launching this week, including Mortal Kombat, Portal 2 and SOCOM 4.