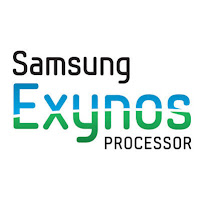 The new Samsung Exynos 5250 features two ARM-based Cortex-A15 cores and is supposed to deliver twice the performance of its previous 1.5GHz dual-core SoC with Cortex-A9 cores.

The Exynos 5250 comes after Samsung’s successful stint with the 4210 processor, which is installed in its best-selling Galaxy S II devices. The new Exynos is also supposed to boost the 3D graphics performance by four times.

The new Samsung processor is capable of driving higher-resolution screens as it supports up to 2560×1600-pixel resolution displays. Samsung says its Exynos 5250 is intended for the high-end tablets and is slated for volume production in the second quarter of 2012. Samsung adds that it’s doubled the data transfer rates of older processors to 12.8 GB/s with the new chip.

However, Tegra 3 uses Cortex-A9 cores that clock at 1.3GHz in multi-core mode, and 1.4GHz in single-core mode. Samsung’s new Exynos is likely to be the first SoC for mobile devices that clocks at 2.0GHz.