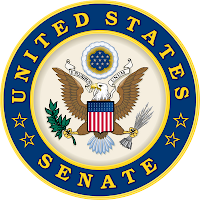 The hacking collective Lulz Security says it has breached the Web site for the U.S. Senate, issuing on its own site “a small, just-for-kicks release of some internal data” from Senate.gov.

The hackers, known for their taunts and mischief, wrote on the site, “is this an act of war, gentlemen? Problem?” They were apparently referring to the story from earlier this month that cyber-attacks would be considered acts of war by the Pentagon.

RELATED: The FBI Is Losing the War on Cybercrime

The group has been on quite a tear the last couple of weeks, hacking the Web sites for PBS, Sony, an FBI security affiliate, and meeting a challenge from an Internet security firm, as well as a effecting a very polite intrusion into the inner workings of the British National Health Service.

The hack into Senate.gov, though, if it’s for real, marks the first breach of a U.S. government site by the group. A Senate spokeswoman told the Wall Street Journal “she was unaware of any breach of the body’s web site.”