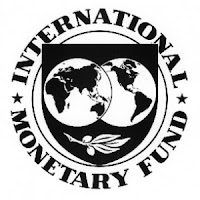 The International Monetary Fund has been hit by a cyberattack on its computer systems, an IMF spokesman said on Saturday, highlighting a growing rash of network break-ins at high-profile institutions.

“The fund is fully functional,” said IMF spokesman David Hawley. “I can confirm that we are investigating an incident. I am not in a position to elaborate further on the extent of the cybersecurity incident.”

Bloomberg News reported the IMF’s computer system was attacked by hackers “believed to be connected to a foreign government, resulting in the loss of e-mails and other documents.”

The attack occurred before the May 14 arrest of former IMF Managing Director Dominique Strauss-Kahn on sexual assault charges, Bloomberg said. It did not identify a suspect government. Cybersecurity experts say it is very difficult to trace a sophisticated cyber break-in to its ultimate source.

An official with the World Bank, the IMF’s sister institution in Washington, said the World Bank had cut its network connection with the IMF out of “caution.” The information shared on that link was “non sensitive info,” the official added.

“The World Bank Group, like any other large organization, is increasingly aware of potential threats to the security of our information system and we are constantly working to improve our defenses,” said World Bank spokesman Rich Mills.

The IMF, which has sensitive information on the economies of many nations, was hit during the last several months by what computer experts described as a large and sophisticated cyber attack, The New York Times reported.

The newspaper said the IMF’s board of directors was told on Wednesday about the attack.