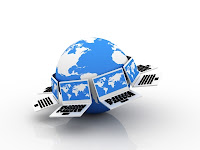 Big infrastructure upgrades are pushing demand for hardware for data centers, especially networking switches. IBM is the latest to join the party and has just launched a new switch based on the OpenFlow specifications provided by the Open Networking Foundation.

OpenFlow is a network protocol that was developed over the past six years at Stanford University and has since been adopted by many companies.

It’s part of the software-defined networking movement we have covered extensively over past few months. IBM showed off the switch in May 2011.

From IBM’s website:
The IBM BNT RackSwitch G8264 is a 10 and 40 Gigabit Ethernet (GbE) switch specifically designed for the data center, providing speed, intelligence and interoperability on a proven platform.

IBM’s switch is one of the many devices based on OpenFlow currently under development. Hewlett-Packard is working on embracing Open Flow and focusing on flexible programmable networks. (Related research from GigaOM Pro: OpenFlow & beyond: Future opportunities in networking, subscription required)

IBM, HP and others are trying to eat into Cisco’s domination of the switch market.