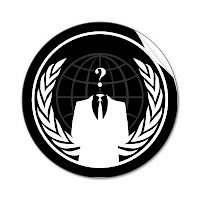 Hackers have disrupted Malaysian government websites, authorities said Thursday, following threats by anti-censorship “Anonymous” activists and a cyberattack on the CIA by an allied group.

The strike against 51 government websites, which disrupted at least 41 of them according to Malaysia’s Internet watchdog, came after the Anonymous group sabotaged Turkish sites last week to protest against Internet censorship.

In the United States, another shadowy group of hackers Lulz Security claimed credit for taking down the CIA website Wednesday, days after it said it breached the US Senate website and swiped internal data.

Malaysian authorities had Wednesday braced themselves for cyber attacks after Anonymous warned on a website that it would target the government portal www.Malaysia.gov.my.

The action followed a decision last week by the nation’s Internet watchdog, the Malaysian Communications and Multimedia Commission (MCMC), to block 10 popular file-sharing websites in an effort to combat piracy.

Anonymous explained the rationale for the attack in a YouTube clip, saying that Malaysia’s decision represented an erosion of human rights.