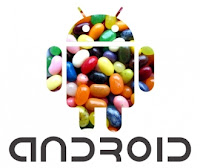 Google Inc. is shifting its strategy for its Android mobile operating system, in a bid to create a united front with smartphone and tablet makers to take on rivals like Apple Inc. and prevent wireless carriers from controlling the devices.

Google plans to give multiple mobile-device makers early access to new releases of Android and to sell those devices directly to consumers, said people familiar with the matter. That is a shift from Google’s previous practice, when it joined with with only one hardware maker at a time to produce “lead devices,” before releasing the software to other device makers. Those lead devices were then sold to consumers through wireless carriers or retailers.

The plan also aims to assuage concerns of smartphone and tablet makers that build devices using Android, many of whom are wary of Google because of its pending acquisition of device-maker Motorola Mobility Holdings Inc., these people said.

Many manufacturers fear Google will try to boost Motorola’s business at their expense, something Google has said won’t happen. Under its new model, Google could give Motorola early access to Android software without putting other partners at a disadvantage, said a person familiar with the matter.

Android is the No. 1 smartphone operating system, but Google’s model for the software has sometimes upset device makers that aren’t chosen to work with Google on a lead device, said some industry executives.

Now Google will work with as many as five manufacturers at a time to create a portfolio of “Nexus” lead devices that include smartphones and tablets, said a person familiar with the matter. Google also plans to sell the gadgets directly to consumers in the U.S., Europe and Asia through its website, and potentially through some retailers, this person said.

The devices will run on Google’s forthcoming version of Android called Jelly Bean, and it hopes to have the full portfolio of devices ready for sale by Thanksgiving, this person said.