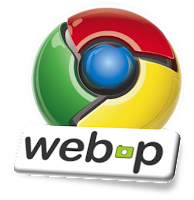 Google developers announced some improvements to the WebP image format they’re building as an alternative to JPEG, which has become a standard across the Web.

Today’s updates add transparency, which JPEG does not support, so WebP will take on the PNG format as well.

The first version used lossy compression, so users would sacrifice some quality in exchange for small files that load faster on webpages. Today’s changes introduce “lossless” compression, meaning users get smaller files without losing image quality. However, only Opera and Google’s Chrome browser support the format natively, so it’s a long way from becoming a standard.

The team reports that WebP gets 25-34% better compression than JPEG images. Compared to PNG images, which are needed for anything with transparency, WebP image files are 28% smaller than even the best, most compressed PNGs. And most websites don’t bother with that compression; from a sample of PNGs pulled from the Web, WebP images were 45% smaller. That means they load 45% faster.

Here’s an example of how the formats compare:

Those penguins all look pretty good (in our slightly compressed, Web-optimized PNG screenshot, that is). What’s important is that they all look roughly identical, but the most compressed WebP version is less than half the file size of the PNG on the left.

It will be an uphill battle for this team, as trying to build a new Web-standard format always is, but the advantages are pretty clear: smaller files = faster Internet.

Check out the WebP team’s compression study and gallery of sample images. You can also view thecode and send the team feedback.