[![](https://4.bp.blogspot.com/-NFzdJMOp-RY/UE9UEI6MgeI/AAAAAAAAA48/H63Y92uE5-k/s200/ankit+fadia.png)](https://4.bp.blogspot.com/-NFzdJMOp-RY/UE9UEI6MgeI/AAAAAAAAA48/H63Y92uE5-k/s1600/ankit+fadia.png)
Calling himself an Ethical Hacker;  Ankit Fadia is under cyber attack. A Hacktivist group, called **Teamgreyhat,** has officially declared operation against Ankit Fadia. According to [official press release](http://pastebin.com/AywRQaHQ) TGH said **#target Ankitfadia Engaged**.
In this attack they have successfully hacked into the Ankit Fadia’s offcial site and exposed lots of credentials including sensitive data, student details, DB credentials (DB Name, User Name & Password)** **and many more.
Here Are Some Screen shots Submitted By TeamGrayHat :-
[![](http://1.bp.blogspot.com/-VTRciEMMclk/UE9SOWJ58bI/AAAAAAAAA4k/eA1HoE8UVLw/s400/ankitdb.png)](http://1.bp.blogspot.com/-VTRciEMMclk/UE9SOWJ58bI/AAAAAAAAA4k/eA1HoE8UVLw/s1600/ankitdb.png) 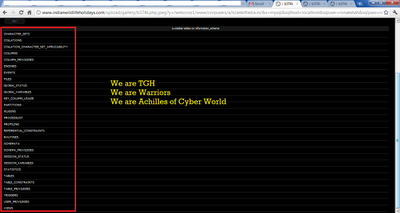 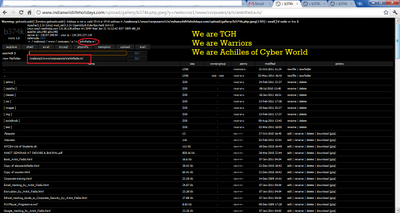 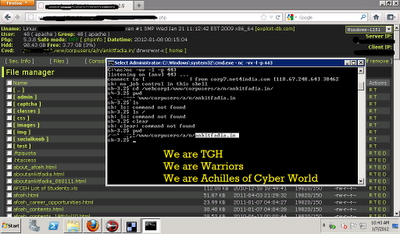 Those screen shots are clearing showing that TGH have their access on that particular web server & the database. To download the hacked credentials click here (Password is “teamgreyhat“). Also TGH has exposed the database information & shell link. For more information and to see the TGH official release click Here

GoDaddy, the world’s largest domain registrar and one of the biggest web hosts, is experiencing major downtime. The main GoDaddy.com domain is unreachable and websites hosted by GoDaddy are also down. The more problematic part is that any domain registered with GoDaddy